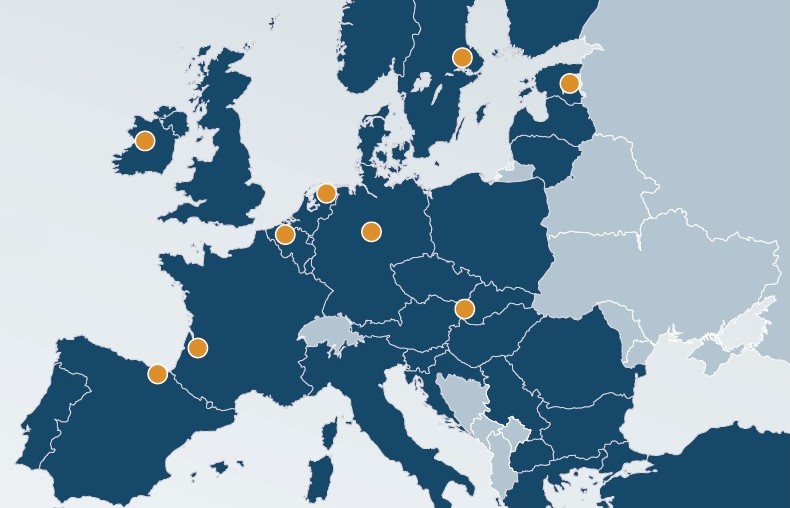 ENLIGHT brings together nine comprehensive, research-intensive universities, which share a deep committment to their social responsibility.

The University of the Basque Country/Euskal Herriko Unibertsitatea (UPV/EHU) is the main higher education institution of the Basque Country. It is one of the most important in Spain in terms of the volume of academic results, research, innovation and technological development.

The University is one of France’s largest and best universities with a strong focus on multidisciplinarity, research-focused teaching and learning and internationalisation. Nearly 60 international study programs exist at Bachelor, Master and Doctorate levels including 18 EU-labelled programs.

Comenius University is a modern European university. It is the greatest, oldest university of the country and the only Slovak university to be regularly ranked in the international rankings of the best universities in the world with several of its study programmes being the only ones of their kind offered in Slovakia.

The University of Galway is world-renowned as an expert research-led University that emphasises inter-disciplinary research and teaching programmes, and collaborations with industry partners in areas of strategic importance.

Ghent University is one of the leading higher education and research institutions in the Low Countries. It is a Dutch speaking university and part of a wide variety of national and international educational, scientific and industrial cooperation networks.

The University of Göttingen is an internationally renowned research university. Founded in 1737 in the Age of Enlightenment, the University is committed to the values of social responsibility of science, democracy, tolerance and justice.

The University of Groningen is one of the oldest universities in the Netherlands as well as one of its largest. It is a research university with a global outlook, deeply rooted in Groningen, City of Talent.

The University of Tartu is the oldest and largest university in Estonia both in terms of staff and student numbers, as well as the volume of its teaching, research and development activities.

Uppsala University, founded in 1477, was the first university in Sweden with the honourable missions to conduct research and education of the highest quality and to collaborate with the surrounding community so as to help make the world a better place.