How can we turn the city into a sponge? 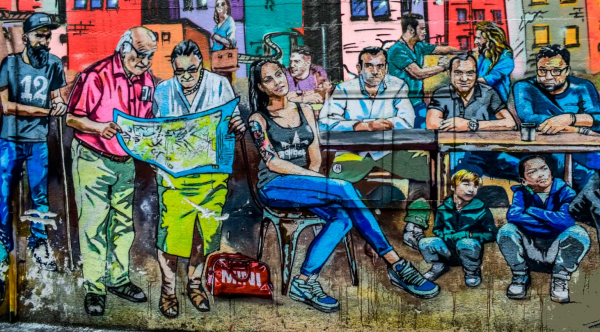 The objective: Ghent climate-robust by 2030

Climate change makes Ghent vulnerable to more and more intense heat waves, more extreme showers and longer droughts. That is also felt today. We must prepare our city for these change: keep them pleasant, liveable, healthy and safe for our residents, institutions and businesses. We have set an ambitious goal from the City: by 2030 we want to be climate-robust. One of the objectives is to make the underground of Ghent work like a sponge. A rain shower that occurs once every 20 years may not cause damage to buildings, roads or other urban infrastructure in Ghent, now and in the future.

Water and greenery needs more space in the city

Source measures are the most effective and most beneficial in the long term to intervene proactive on the consequences of climate change. This means that we must limit paving to the functional minimum, provide space for greenery and retain rainwater on site in winter as much as possible. are asking for more space for water and greenery at plot level, street level and neighbourhood le These measures are very drastic in a city where the competition for space is very high and many different societal challenges have to be tackled simultaneously.

For example, we aim to pave the public domain by 15% less during the integral redevelopment. However, it is not easy for designers to balance the spatial questions linked to all kinds of societal challenges. We also set the bar high for new urban development projects. Keeping maximum precipitation in place requires at least 7% of the draining surface. Here too, this will require a creative design of the environment and the buildings in order to balance space for water and greenery.

Ghent is working on the implementation of the vision memorandum 'Water in the City', which was drawn up together with De Vlaamse Waterweg (a Flemish agency responsible for rivers and canals. A number of thematic projects from 'Water in the City' contribute to climate adaptation, such as drawing up an integrated plan for the public domain with a vision on the integration of green and water elements that contribute to the sponge effect of the city and the drawing up of a rainwater plan, with a clear, coherent and future-oriented vision on (rain)water in the city.

Ghent is also finalising a 'drought action plan' that will give guidance on how to act fast and effec1 in order to tackle drought issues related to climate change.